12 Hollywood Movies That will help you Improve Conversational English

Watching movies is an excellent way to improve Conversational English.  These movies will also help your speaking and listening skills as they will teach you new vocabulary together with how these words are pronounced.  Perhaps choose movies, which you know and have seen in your own language.  This means that you already know what the film is about and you can concentrate on watching the film in English.  Start by watching easier films then progressing to more advance ones.  Here are the 12 best Hollywood movies that will help you improve Conversational English naturally.

This is a computer-animated series of films made for Walt Disney Pictures and is very popular with children.  Toy Series tells the stories about the secret lives of toys when no one is around and their adventures.  These toys belong to Andy who loves to play with them and these toys include Buzz Lightyear (an action man) and Woody (a doll).  A great film for children to watch, and enjoy whilst listening and improving their English.

Whether you are a kid or an adult, Toy Story is a fun movie to learn English and improve Conversational English.

Cast Away tells the story of Chuck Noland, who works for FedEx and what happens when his plane crashes over the Pacific Ocean.  Chuck Noland has to learn how to survive by himself on a deserted island.

This film tells the story of the sinking of the RMS Titanic when it hit an iceberg in the North Atlantic Ocean during the night of the 15 April 1912.  Although the characters are fictional, most of us know the history of this sinking and how few survived so it is an excellent film to watch to improve Conversational English.

THE SOUND OF MUSIC

This film is based on the true story of The Van Trapp Family singers.  Maria is sent from the convent where she is training to be a nun to look after the seven children of a widower Captain Von Trapp.  The film is set in Salzburg in Austria and tells the story of why they have to leave Austria during the war.  Many of us know the story and have seen the film so it is excellent to improve Conversational English

The Holiday is a romantic comedy, which was filmed in both America and England.  Amanda and Iris live on opposite sides of the Atlantic Ocean and feeling lonely they exchange their homes for the Christmas holiday.  They both find love during their Christmas breaks.  The film produces many laughs and is well worth watching, so is a fun way to improve Conversational English.

This film is a comedy drama telling the story of Brooke and Gary who decide that they are no longer in love and so therefore want to finish their relationship.  The problem is that neither of them wants to move out of the apartment they share.

This film tells the story of Sarah returning to California for the wedding of her younger sister.  At the wedding, Sarah hears some “rumours” about her Mother, her Grandmother and their “ties” to Beau Burroughs.  There is a link in this film to the film titled The Graduate but you do not need to have seen The Graduate to enjoy this film.  This film is very engaging and will produce many laughs.

This is a very amusing film telling the story of John and Jenny Grogan moving to Florida, taking new jobs and then having an adorable golden Labrador puppy.  The film tells the adventures of looking after a puppy together with then having children themselves.  You will have many laughs throughout this film, which will appeal to all ages. 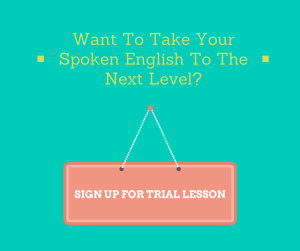 This film is set during World War 2 and tells the story of Captain John Miller taking his men behind enemy lines in Normandy, France to find Private James Ryan as his 3 brothers have been killed during the war.

Saving Mr. Banks is based on a true story.  Walt Disney made a promise to his daughters to get the movie rights for the film Mary Poppins.  This took him 20 years to achieve and the film is based on this quest.  This is a lovely film and will appeal to all ages.

This film was made by Walt Disney and tells the story of Jane and Michael, who together with their new nanny Mary Poppins have a series of very amusing adventures which include Mary Poppins and also her friend Bert.  Children and adults will enjoy this very watchable film.

THE REMAINS OF THE DAY

This British-American film was adapted from the book of the same name written by Kazuo Ishiguro and tells the story of a butler serving in a large country house in the years leading up to the Second World War.  This is an excellent film to watch for more advanced speakers who want to improve Conversational English.

English speaking films are made for native English speakers so you will be listening to exactly how English is pronounced in day-to-day life.  Watching films is a great way to be immersed in the English language, together with being enjoyable and often amusing or more serious depending on which types of films you prefer.  The great advantages of watching films is that there are so many films to watch which appeal to all ages and to all abilities of English speaking learners.  Your listening, pronunciation and vocabulary will improve without you realizing once you become involved in watching these great films.