How to Learn British English Like a Champ – The Ultimate Guide

If you want to English fast, you must start practicing speaking with Native English speakers. This is the ONLY way you can be truly fluent in English!

Find out more about our unique conversational study method here 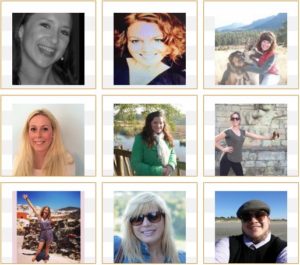 There are lot’s of differences in English used in Britain compared to other English speaking countries like American and Canada.

There are 3 main areas of British English that make it unique and different: The accent, the vocabulary and the spelling.

Depending on what type of Brit you are communicating with, you will hear vastly different styles of English spoken.

The Geordie accent can be heard in and around Newcastle in the north-east of England.

This accent was influenced by Saxons and the Danes who arrived from Germany and the Peninsular of Denmark.

Many of the Geordie words used in England today are very similar to Danish words.

The accent is called Geordie based on the boy’s name George.  The word ‘bairn’ in Geordie refer to a child who lives in this part of England and sounds rather like the Danish word ‘barn’ for child.

Another example of Geordie language is “Wey aye!” which means “I’m in agreement” in English or “Howay!” in Geordie means “Come on!” in English.

The Yorkshire accent can be heard in and around the City of York and north of England.

This accent (or dialect as it can also be called) has connections with the Saxons and the Vikings who settled in this part of England.

The Midlands accent is a strong accent and used in and around Birmingham and Coventry.

This Midlands accent can also include ‘The Brummie’ accent as it is spoken by people growing up and living in Birmingham which is about 80 miles north of London.  It is seen as the working-class accent originating from a highly industrialised area.

Another example is ‘alright’ in English but sounds like ‘olroit’ when spoken by a local from this area.

The H sound is often dropped so “ospital” and “oliday” when spoken using a Cockney accent mean hospital and holiday in English.

The West country accent can be heard in the counties of Devon and Cornwall in south-west England.

This accent can be traced back to the Middle Ages and Saxon times.  This accent has connections to jobs in farming and the sea which were and are the main industries of these counties.

Received pronunciation is based on educated speech which is used in Southern England as described in the Concise Oxford English Dictionary.

It is also known as the standard English accent as spoken in the south of England.  It used to be called “The King’s English” and is connected with people who had influence, power, money and education and was used first at the end of the 18th century.

Received pronunciation is also known as “The Queen’s English” or BBC English.

An example of Received Pronunciation

Here are some characteristics of received pronunciation:

The RP accent also ensures every consonant is pronounced slowly and clearly.  February is an example of how when spoken with using received pronunciation it sounds like ‘Feb-ru-air-ree’.

The second component of British English that makes it unique and special is some of the idiomatic expressions and slang used by Brits.

There is a lot of culture, history and sports that have influenced the formation of British English and sometimes it is hard to understand these expressions.

If you are intermediate level and want to learn British English, start with getting familiar with popular British expressions like this:

Here is a fun YouTube clip on popular British slang

Here are some British English expressions and their American English equivalents:

American English:        Can’t see the forest for the trees

Want to try a trial lesson with a native UK Teacher?

There are many unique British spelling examples which originate from a mixture of Latin and French.

If you want to learn British English, learning some of these variations will be useful.

British English use -our at the ends of words (as opposed to -or in American English) and here are some examples:

British English use -ise at the end of words (as opposed to -ize in American English) and here are some examples:

British English use -ce at the end of words (as opposed to -se in American English) and here are some examples:

British English use double vowels of -ae- and -oe- (differently to American English) and here are some examples:

How can I learn British English?

Watching films is one of the best ways to learn English, not only because they’re full of interesting vocabulary, idioms and accents but it’s also fun!

Since English-speaking films are available almost everywhere (or at least with subtitles) your choice of resources are endless. There really is something for everyone, despite your taste.

If you want to learn English fast , watching films in your spare time is one of the most effective ways to dive into the language, without being too tiring after a long day.

Here’s a list of the best films to learn British English fast – including that charming UK accent!

What better way to start learning a language than by watching a King do it? This film is about King George VI (Colin Firth), who famously had speech training to correct his stutter. This film includes a few swear words, so perhaps it’s not the best choice for children, but his accent is perfectly classic and his speech trainer does have some useful advice for anyone who wants to learn British English.

An oldie but a goodie, My Fair Lady is a musical about a snobby phonetics professor (Rex Harrison) who decides to train a flower girl (Audrey Hepburn) to speak ‘proper’ English so she can mingle with high society. Expect lots of singing, idioms and hilarious accents. This one also has some good speech techniques using candles!

Want to learn British English from a Native UK Teacher? 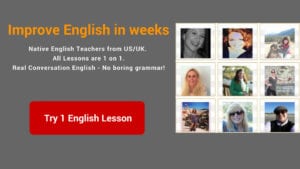 1964 was a good year for films! I’m sure you’ve heard of Mary Poppins – it’s a very popular children’s story about a nanny (Julie Andrews) with seemingly magical powers.

This film features scenes in both cartoon and in film so is great for all the family. However, we recommend you do not use Bert’s character as accent inspiration as Dick Van Dyke is now infamous for his terrible British accent…

A classic Sunday afternoon film, full of quotes which you’ll often find people saying after a few pints of beer. The Italian Job is a witty and comical gangster film featuring the wonderful Michael Cane. Don’t be put-off by the title, you will learn British English!

Who doesn’t love Hugh Grant? Gloriously nineties and ever so cute, Notting Hill is a romantic-comedy about a bookshop owner (Hugh Grant) whose life is thrown upside-down after a famous American actress (Julia Roberts) steps foot in his shop.

Naturally, as Notting Hill is a very romantic area, an affair begins to blossom. This film is especially good for hearing the difference between British English and American English whilst being pretty easy to keep up with if your listening skills still need practice.

This one is definitely an oldie, so old in fact that it’s silent, so maybe it’s not the best if you need listening practice! It is perfect for reading practice, especially if you’re interested in old-time phrases, idioms and music.

Charlie Chaplin plays a tramp who falls in love with a blind flower girl does his best to help her financially. It’s very sweet, very romantic and quite slow-paced compared to more recent films, but perfect if you want to relax and swoon a little bit.

Based in Cambridge, England, this film is about the life of Stephen Hawking (Eddie Redmayne) – world-renowned physicist and cosmologist. Aside from being a beautifully-shot film, The Theory of Everything is understandably emotional and inspiring and makes you want to read more of Stephen’s work.

Oxford and Cambridge are beautiful cities, and you’ll definitely want to visit after watching this. Warning: some of the language is too scientific and specific even for us native English speakers! 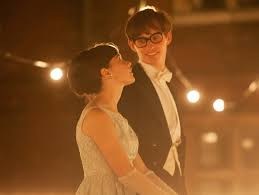 Another film which is not the best for children, but certainly worth watching anyway is This is England. This story is set in the 1980s and follows the story of a young boy (Thomas Turgoose) who lost his father in the Falklands war and finds friendship and respect amidst a group of skinheads.

There’s plenty of history, British slang, idioms and accents for you to enjoy with this one, and a great insight to working class British culture.

We couldn’t have a list of best British films for learning English without mentioning James Bond! Diamonds are Forever is another classic, with plenty of elegance and wit to entertain almost everyone.

There are many James Bond films to choose from, and they seem to be working on another one now so just be warned, you may fall into a 007 hole when you start this one!

On the plus side, James Bond films are always quite international, so there’s a range of cultures and non-native speakers speaking English alongside James (Sean Connery) and his perfectly quaint English accent, which is good practice in itself.

We can’t forget about Alfred Hitchcock, so here is one of his classic Thrillers to end the list. If you like foggy London scenes, spy stories and painfully British accents, then The 39 Steps is for you. Hitchcock films are appreciated worldwide for their craft, so be sure to take note of that alongside the talented actors and beautiful cinematography.

We’d love to hear if you watched any of these films and what you thought of them!

7 November 2018,
Off
This template supports the sidebar's widgets. Add one or use Full Width layout.