Blog 8 Poems that will help you Improve your English Vocabulary

Reading poems gives English learners the ability to learn new vocabulary at all levels whether as beginners, intermediates or those aiming for advanced English skills.  Use new vocabulary to increase your language skills.  Poetry also gives us a visual picture which we can all understand.  There are many ways you can either read poetry (books, Internet) or listen to poems being read out loud (which helps your listening skills) whilst you are for example driving, travelling or even just relaxing.  Here are 8 poems that will help you improve your English vocabulary:

My Parents Sent Me to the Store

My parents sent me to the store

To buy a loaf of bread.

I came home with a puppy

And a parakeet instead.

I came home with a guinea pig,

A hamster and a cat,

A turtle and a lizard

And a friendly little rat.

I also had a monkey

And a mongoose and a mouse.

These animals were crazy

When I brought them in the house.

They barked and yelped and hissed

And chased my family out the door.

My parents never let me

Do the shopping anymore.

Home on the Range

Oh, give me a home where the buffalo roam,

Where the deer and the antelope play,

Where seldom is heard a discouraging word,

And the skies are not cloudy all day.

Home, home on the range,

Where the deer and the antelope play,

Where seldom is hard a discouraging word,

And the skies are not cloudy all the day.

I only speak one language.

My friend at school speaks two.

Sometimes I hear her singing to herself

Talking with her dad

And I wish my brain held

Two countries in one mouth.

I have only one word for spoon,

For sock, for moon, for clock.

And I wonder if I will ever find another voice.

Already have a good vocabulary but get stuck while speaking English? We have the solution. Try our method 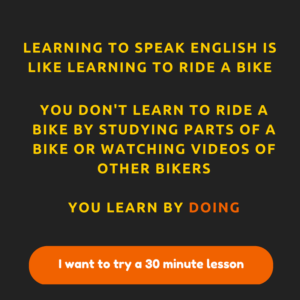 The Owl and The Pussy Cat

The Owl and the Pussy Cat went to sea

In a beautiful pea-green boat.

They took some honey, and plenty of money

Wrapped up in a five-pound note.

The Owl looked up to the stars above,

And sang on a small guitar,

What a beautiful Pussy you are,

What a beautiful Pussy you are!”

Pussy said to the Owl, “You elegant fowl!

How charmingly sweet you sing!

O let us be married! Too long we have tarried;

But what shall we do for a ring?”

They sailed away, for a year and a day.

To the land where the Bong-tree grows

And there is a wood a Piggy-Wig stood

With a ring at the end of his nose,

With a ring at the end of his nose.

“Dear Pig, are you willing to sell for one shilling

So, they took it away, and were married next day

By the Turkey who lives on the hill.

They dined on mince, and slices of quince,

Which they ate with a runcible spoon;

And hand in hand, on the edge of the sand,

They danced in the light of the moon,

They danced in the light of the moon.

He likes it ‘cause it’s cold in there.

With his seat in the meat

And his face in the fish

And his big hairy paws

In the buttery dish,

And he lets out a roar

If you open the door.

And it gives me a scare

To know that he’s in there –

My Dog Has Got No Manners

My dog has got no manners

I think he’s rather rude.

He always whines at dinnertime

While we are eating food.

And when he’s feeling thirsty

And wants to take a drink,

He takes it from the toilet

Instead of from the sink.

He never wears a pair of pants.

He doesn’t wear a shirt.

But worse, he will not shower

To wash away the dirt.

He’s not polite to strangers.

He bites them on the rear.

And when I’m on the telephone,

He barks so I can’t hear.

When I complained to Mummy,

She said “I thought you knew:

The reason that his manners stink –

He learns by watching you”.

A noun is called,

A person, place or thing.

A verb is an action,

Something you can do.

Are examples you can use.

Are good examples too.

Other verbs and adjectives,

They have a lot to do.

They give a location

He, she and they

Are some that are found.

That’s what we do.

They get punctuation, Wahoo!!

This is written by an anonymous writer.

Stopping by Woods on a Snowy Evening

He will not see me stopping here

To watch his woods, fill up with snow.

My little horse must think it queer

To stop without a farmhouse near

Between the woods and frozen lake

The darkest evening of the year.

He gives his harness bells a shake

To ask if there is some mistake

The only other sound’s the sweep

Of easy wind and downy flake.

The woods are lovely, dark and deep,

But I have promises to keep,

And miles to go before I sleep,

And miles to go before I sleep.

Some of the above poems are suitable for children, some for beginners and some for more advanced students.  Audio poems will also help with pronunciation, intonation and rhythm which is so important when learning a new language.   Make a note of all new vocabulary, look up all the new words in a dictionary and learn their meanings.  A good dictionary will also show you how to pronounce the new words and also expand your vocabulary.  There are many ways to find poems to read and listen to either by buying books or using the Internet to discover new poems.  Enjoy all the varied poems out there to choose from starting with easy poems and progressing to longer and more complicated poems.  Some poems will make you laugh, others will give you a picture to think about In and some can be educational, but they all make interesting reading.  All poems will help you learn new English vocabulary.