Speak English Like An American With These 10 Slang Expressions

As an English School that teachers ESL to kids, young adults, university students, adults, professionals, academics etc, we come across a lot of people who find American English hard to learn. There are some who struggle to understand American accents. A majority find American slang and idioms confusing and difficult to understand.

So what makes American English hard to learn? One main reason for this is that most Americans speak very casually. Typical Americans use a lot of slang and idioms in their day to day communications. Most of these expressions come from popular American sports such as baseball, football or hockey, so if you do not follow these sports, these expressions would be hard to decode.

Another reason for American English to be hard to master is that there are so many subtle variations of it. For example, if you speak with someone from Boston you might hear them say “the pizza at that restaurant is wicked good” which would absolutely make no sense if you break it down literally. If you speak with someone from Texas or a southern state, you will hear people say “I’m fixin breakfast”.

In this post, we wanted to share 10 of the most commonly used American Slang expressions. This is a lit of real slang English, not English that you will only find on a textbook. 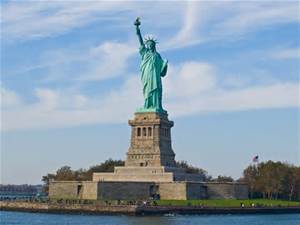 All I know is a strong way of expressing the important fact.

Example – Holy smokes! My aunt just won $1000 in the lottery

Holy smokes is an expression used to show surprise/excitement.

Running behind means late or behind on schedule.

Example – Count me in for the party!

Count me in means to include.

Example – I’m going out to grab a quick bite

Grab a quick bite means to get snack.

Example – Make a right from a junction

Turn right from the junction

Example – You will have to figure it out yourself

Means you will have to understand it on your own

Means a line of shops along a street

In American English, the word classifieds is used to refer to ads on websites like Craigslist or newspaper.

Example – We’d better get going before it snows

What other American English expressions, slang or idioms have you found confusing?