Slang is very informal speech generally restricted to a particular group of people or a region. But knowing slang expressions is an integral part of becoming proficient in the English language. Slang can be a combination of made up words or manipulations of existing words and hence can be very confusing as the words may look familiar but in context mean something completely different. If you are an non native English speaker who wants to reach an upper intermediate or advanced level, learning slang is an absolute must. Today, let’s explore 10 slang expressions that are used widely in American English. 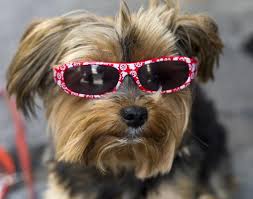 As always, don’t try to memorize this full list in one day. Instead, add these in to vocabulary flashcards and learn a couple everyday. Most importantly, try to use these slang expressions in real conversations with native speakers, when you practice English.

– crazy, silly, mad. For example, the kids went bonkers at the birthday party; they ran around laughing and shouting for hours.

– eat a lot of food quickly. For example, after not eating all day John munched out on dinner.

– someone who always makes mistakes and gets things wrong. For example, after failing his driving test for the third time, James knew that his friends would think that he’s a screw-up.

– angry, annoyed, upset. For example, John was pissed off about the damage caused to his car after the accident.

–an expression of disappointment. For example, it really sucks that your flight was delayed and you had to miss your friend’s wedding.

– a fraud or overpriced. For example, you can buy cheap rip-off Louboutin bags in Thailand. Or I paid a lot of money for this car and now it won’t start; what a rip-off.

– of flesh or fat on the side of a person’s torso that sticks out above the waistband. For example, the jeans were too tight on her and you could see her love handles sticking out.

– very very large. For example, for a month the students hadn’t put out their rubbish for collection so they had a humongous pile that they had to deal with.

– silly, wacky, fun, playful. For example, Tim was excited about his first date with his new girlfriend; when he collected her he had a goofy grin on his face.

Slang is an important component of the English language. Lack of understanding slang when conversing can lead to all sorts of problems such as miscommunication as well as anxiety for the person who doesn’t understand. If your goal is to become an advanced English communicator, invest time and energy in learning slang language.